The fight is on for second 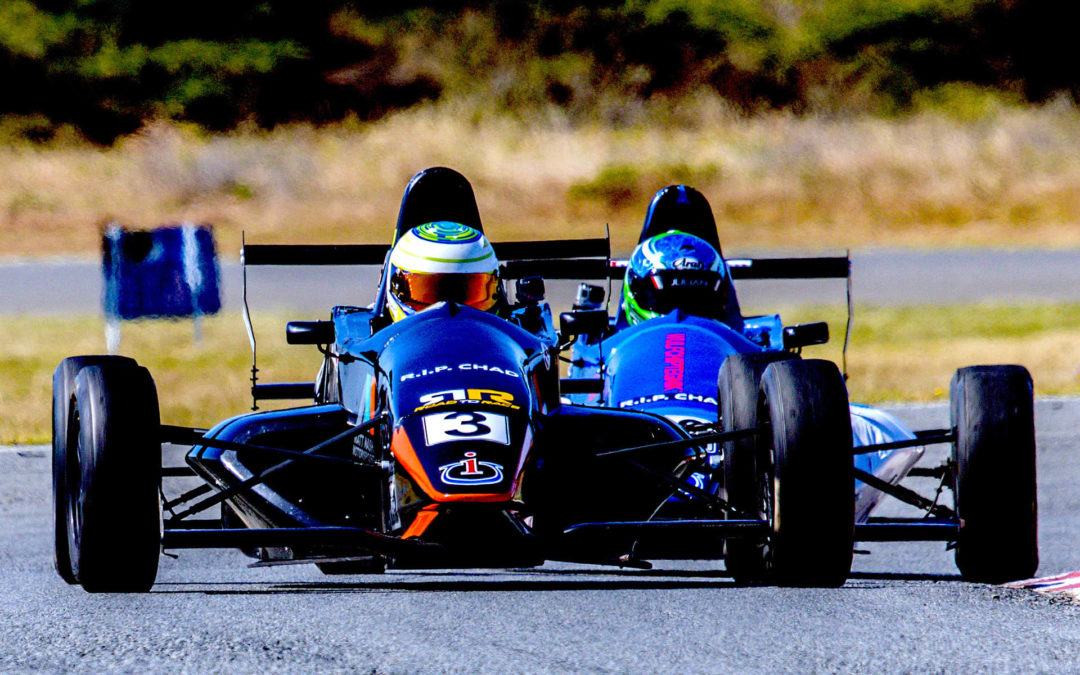 The 2019 Investchem Formula 1600 championship moves on to its penultimate round at the Killarney International Raceway Saturday 28 September and while Scott Temple has already clinched this year’s title, the focus now shifts to what is becoming an almighty scrap for the championship second.

Jozi star Temple (Road to Race/1st Race Mygale) and the returning 2017 champion Julian van der Watt have been involved in an intriguing battle up front since Cape Town local van der Watt (Investchem/Wulfchiptegnik Mygale), made a winning return two races back, but Scott took the title with a win last time out, so the new champion will be more than motivated to put one over the old champion at Julian’s home track.

But the real focus is on van der Watt’s meteoric rise up the points table, where he now sits fourth in the championship chase and is rapidly closing in on Gauteng drivers Nicholas Van Weely (Magnificent Paints & Hardware van Diemen) and Tiago Rebelo (TRMS Mygale) in second and third. Just behind van der Watt, Andrew Schofield (Investchem Mygale) and returning local young gun Andrew Rackstraw (RDSA Investchem Mygale) looking to impress again on home ground, are both in the hunt for second in the championship.

Rackstraw meanwhile has Siyabonga Mankonkwana (Investchem Cervinia Mygale) and Alex Gillespie (ERP Trucking Components Mygale) on his championship case and all of them are still well within a mathematical chance of that title second, so it’s all to play for under the stunning backdrop of Table Mountain this weekend. All of them also have the likes of returning Class B leader Ivana Cetinich (Alpha Universal Mygale), brothers Gerard and Antwan Geldenhuys (Abacus Division Mygales) to keep them occupied too.

Ever improving rookies Alex Vos (Ecurie Zoo/ DV Build van Diemen) and Zac Edwards (SCM Mygale), Brendan Tracey and Rick Morris (Investchem Mygale) making a comeback in Class B will add to the Investchem Formula 1600 action on Saturday. It all goes down as part of a full Extreme Festival national raceday at the Killarney International Raceway on Saturday 28 September.