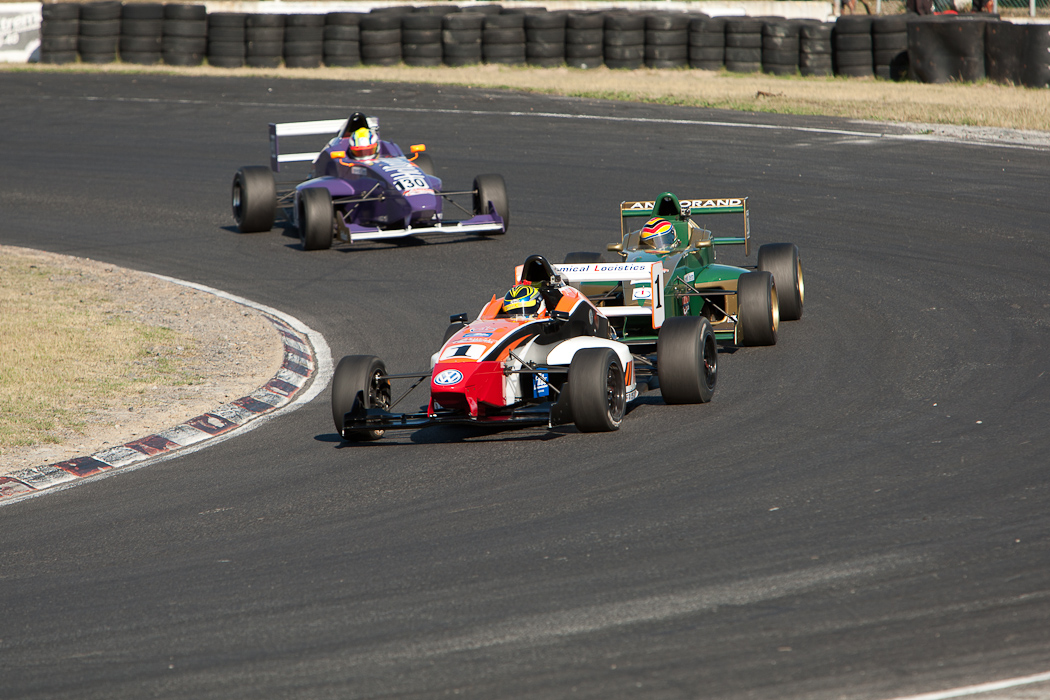 The South African Single Seater (SASS) field descends on Aldo Scribante Raceway in Port Elizabeth to contest round three of their national championship on Saturday, May 3.

There are battles in the Formula Volkswagen and Midas Formula 1600 class A and B championships to keep the drivers on their toes.

For one of the SASS racers, the challenge of single seater racing is not in SA, but rather in the UK. Jayde Kruger and his Investchem / JTR Formula Ford have taken the lead in the British Formula Ford championship.

Kruger has racked up four victories in the series so far, showing just how competitive South African racers are against their international counterparts.

Locally, race fans can expect a battle at the front of the field with Nicholas van Weely (87 – Anglorand) leading the charge and defending champion Robert Wolk (1 – Midas / Chemical Logistics / ATE) working hard to close the gap and grab the lead.

Four points separate the pair, but there’s another factor to contend with going into the PE event. Wesleigh Orr (130 – Hollard) will be in action at this event again. While not in the challenge for the lead at this point, Orr can steal valuable points and make things very difficult for both Van Weely and Wolk.

In class A of the Midas Formula 1600, Scott Temple (3 – Investchem) is the current leader who has to fend off the attentions of Keegan Campos (2 – Hollard) while in class B the fight is between Rick Morris (8 – Investchem) and Ian Schofield (9 – Investchem).

Open-wheel racing poses some real challenges as racers have to balance taking advantage of opportunities on track with the risk of getting too close. No mudguards means there’s no protection if wheels touch so racers must be careful out on track.

Scribante is a short, narrow circuit which makes it difficult for racers to stay away from each other on track. Overtaking manouevres are risky on the PE circuit, but racers won’t be backing off. Just one round from mid-season the SASS field will be charging to claim maximum points.

While fast qualifying times will help to reduce risk for the frontrunners, this will encourage racers trying to make up some track positions to grab any opportunities that present themselves. With the numerous overtaking moves that saw race leads changing on a lap-by-lap basis in the Cape, the SASS racers could deliver some of the most exciting races on the day.