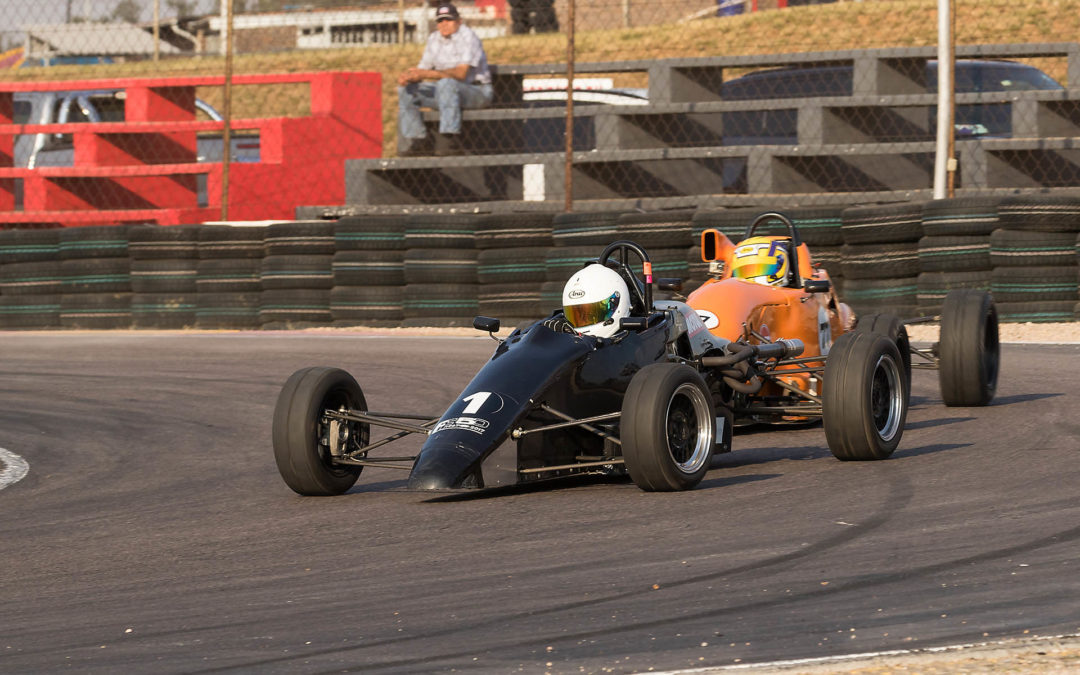 The Formula Ford Kent brigade head east for the third round of their 2019 championship which takes place at Red Star Raceway, near Delmas in Mpumalanga, on Saturday, 22 June. It looks like Jonathan Nash (Turnfab Engineering Swift) will miss the event – the motor that he blew in the final practice session at the previous round has not been repaired yet, which is likely to leave the battle at the head of the field to Dean Venter (TEU Southern Africa Swift) and David Jermy (Beauty Factory van Diemen).

They shared the wins at Phakisa although Venter leads the way in the championship standings as Jermy missed the opening round at Phakisa. Paul Gerber (Pablo Clark Ray) lies in joint second place on the log, tied with Nash, thanks to regular top-five finishes. The pair are just a point ahead of Jermy. Steve Venter in the second TEU Southern Africa Swift lies fifth ahead of Dalan Holton (Debella Finance van Diemen) who missed the last round after taking two podium finishes at the Free State opening round.

Mechanical gremlins have made the start of the season difficult for James Reeves (Ray) and he will be looking for a change of fortune at Red Star. Former champion Matthys Strydom (Talon) made a return to the series at Zwartkops. A couple of top-five finishes showed that he could soon be running at the head of the field while Allen Meyer (van Diemen) can never be discounted. The Ecurie Zoo pair of Duncan and Graham Vos should also be making an appearance in Mpumalanga.

As usual, Friday will be dedicated to practice sessions with the more serious business of qualifying and racing happening on Saturday. The 15-minute qualifying session is scheduled to start at 08h50 with the first of the two 8-lap races at 11h30. Race 2 should get underway at 14h50.