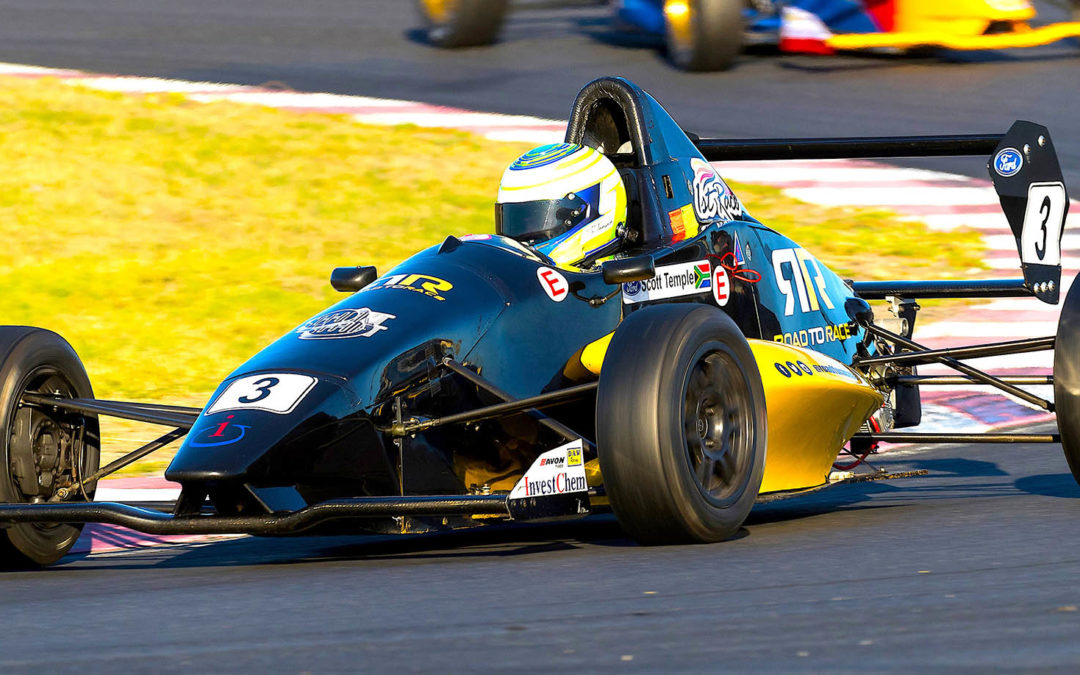 The Investchem Formula 1600 championship heads to the East London Grand Prix Circuit set to deliver a most intriguing weekend of racing highlighted by a fight between a former champion and this year’s champion in waiting. Dominant 2017 champion Julian van der Watt made a dominant return last time out as he stormed to pole position and double victory at Zwartkops, but while he is no threat to this year’s runaway title leader Scott Temple, it is surely a matter of pride for Temple to fight back…

Temple (Road to Race/1st Race Mygale) had a brilliant first half of the season to open up a significant championship lead over Nicholas van Weely (Magnificent Paints & Hardware van Diemen), while van der Watt (Investchem/Wulfchiptegnik Mygale) returned to play interference, but still has a chance of catching and passing van Weely off a few more maximum points scoring double wins of pole position, which he was given to do in his title year and again on his return last race.

So it remains to be seen whether Temple chooses to chase an almost certain championship, or will he give chase to prove who’s boss. He’s a racer, after all, so this one should be good!

The dice of the season, however, has to be the ongoing feud for fourth between good pals Tiago Rebello (TRMS Mygale) and Siyabonga Mankonkwana (Investchem Mygale), still split by just a single championship point and closing in on the absent Andrew Rackstraw — lookout for their white and red machines yet again tussling through the weekend on the Border.

They have to keep their eyes on their mirrors though as Andrew Schofield (Investchem Mygale) mounts a late championship charge with Alex Gillespie (ERP Trucking Components Mygale) in his slipstream. Just one point behind them in the championship, however, sits last race wonder van der Watt…

Gerard Geldenhuys (Abacus Division Racing Mygale) has enjoyed a solid season and will be keen to improve on his title tenth, but class B leader, the lovely lady racer Ivana Cetinich (Alpha Universal Mygale) is another driver on the charge after missing a round or two. Well worth watching.

One thing is for sure, Border race fans have some really good single-seater racing to look forward to this weekend! See you at the Grand Prix Circuit!