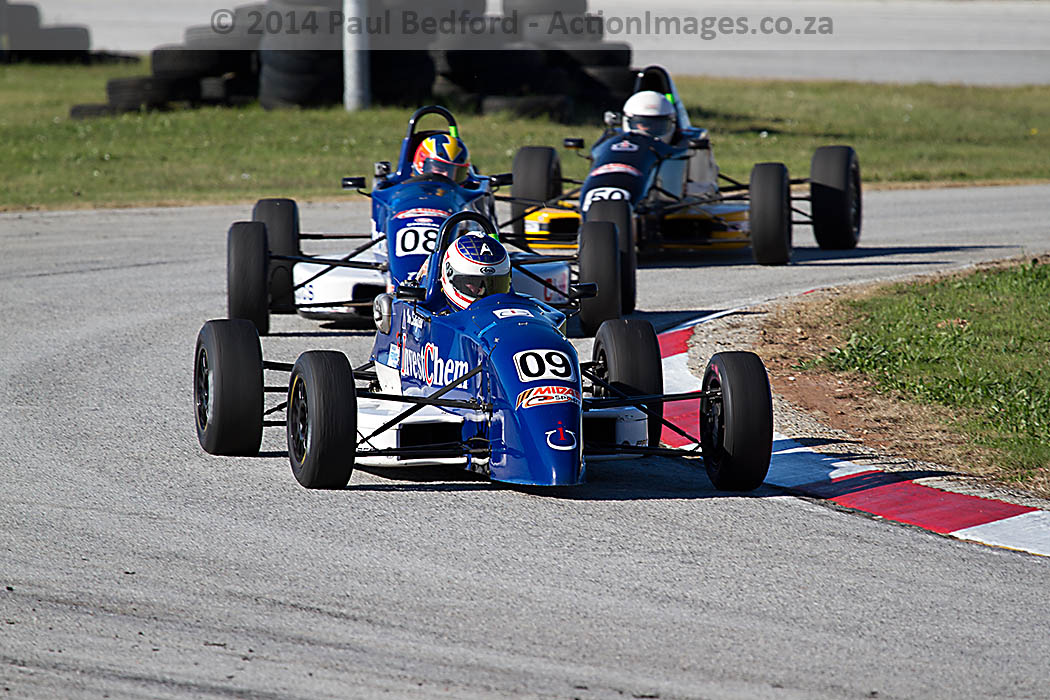 The national South African Single Seater championship reaches the mid-point of the 2014 season with round four at the East London Grand Prix circuit on Saturday, 5 July.

A firm favourite with the drivers this outing, on what can be described as the spiritual home of single-seater racing in South Africa, should see some of the highest speeds recorded this season. The infamous Potter’s Pass and Rifle Bend wait on the racers as they push themselves and their race cars to the limit.

With three rounds of the championship under their belts, the lead Formula Volkswagen racer is defending champion Robert Wolk (1 – Midas / Chemical Logistics / ATE) who has a three point advantage going into the mid-season event.
Hot on Wolk’s heels is Nicholas van Weely (87 – Anglorand) who lost the championship lead to the defending champion at round three. With a fast track and two determined racers separated by just a few points, round four is shaping up to be an exciting fight for the top step of the podium.

Wesleigh Orr (130 – Hollard) did not compete in the first round of the season this year, but has been producing solid performances since – which is going to make things very interesting for the leading racers as their battle for points becomes more intense.

Orr is currently in fifth place, behind Jason Campos (19 – Hollard Insurance) and Werner Scholtz (3 – Motorvia / Investchem) with the three separated by four points – making the fight for third place just as intense as the battle for the lead.

The Midas Formula 1600 battle might be a little slower than the top-flight Formula Volkswagens, but it is no less intense. Scott Temple (3 – Investchem) is the lead class A racer with Keegan Campos (2 – Hollard Insurance) breathing down his neck, just four points back. At this point Graham Hepburn (4 – Suburban Body Shop) has a fairly comfortable grip on third place with eight points separating him from Bevan Williams (36 – Bocal Africa / Rightway Auto Electrical) back in fourth.

Class B sees Rick Morris (8 – Investchem) in the lead, holding off a charge by Ian Schofield (9 – Investchem). With a six-week break since the last round of the Super Series, the SASS racers are eager to get back into action and the East London event is the perfect opportunity to “blow out the cobwebs” and get back into racing trim.

Saturday, 5 July, is going to be a day of high-speed racing action in East London and motorsport fans can look forward to fast-paced action as the racers jostle for maximum points and a strong position as the season reaches its mid-point for 2014.